Subscribe to our mailing list to receive news releases and other materials related to Your email will never be shared or sold and you can opt out at any time.

The ABE Gold Project is located 70-km south of the city of Medellín, Colombia, and consists of five concession applications covering 4,512ha, and a 110ha mining concession that covers the Purimac gold mine. ABE Gold is located in NW Colombia where a number of under-explored and well-endowed mineral districts host a multitude of world class gold deposits including: 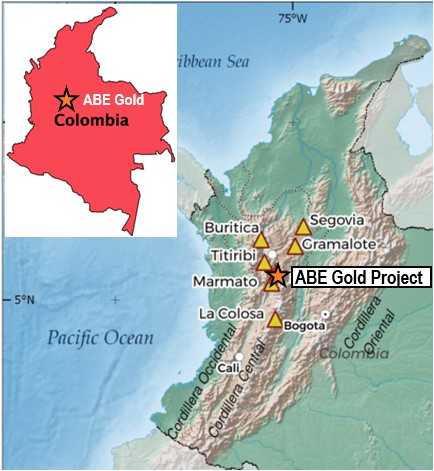 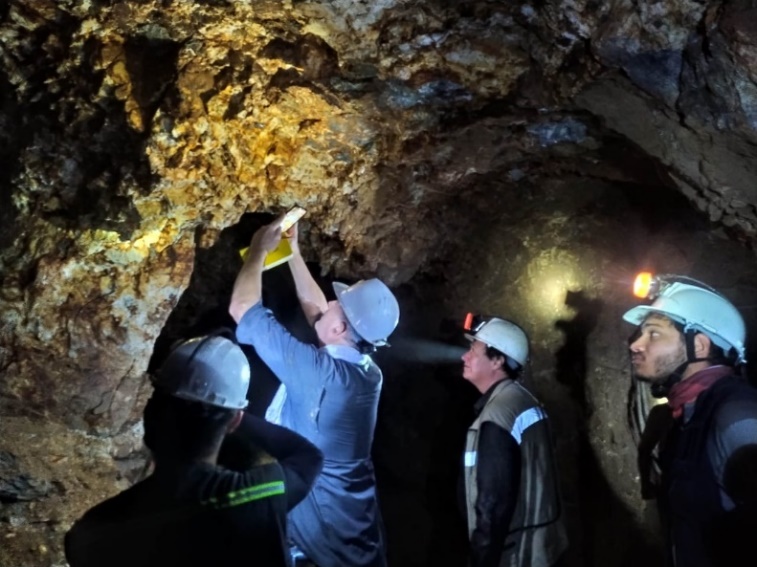 Gold mineralization at ABE is hosted in quartz veins in an orogenic/mesothermal setting, analogous to the past producing Berlin Gold Deposit (413,000 oz from 1936 to 1946). The Berlin Gold Deposit is located 150 km to the north of ABE in an identical geological setting.

Prudent cautions investors the presence of significant gold mineralization on each of the above referenced deposits is not necessarily indicative of similar mineralization on the Berlin Properties and the foregoing are provided for context only.

ABE covers the long active Purimac mine, dating back to the colonial period. The quartz vein-hosted mineralization is located along a 30m wide structural corridor that has been traced for over 2-km and mined underground over 17 levels and 2-km along strike; mineralization remains open in all directions. The mined mineralized shoots averaged a grade of 26g/t ton, with highlight muck grab samples of 96g/t Au.

Grab samples are not necessary representative of mineralization.

Exploration by Berlin over the last 20 months includes: mapping at the Purimac mine, LIDAR over 20-km², and geochemistry over 119ha within the ABE mining concession identifying gold targets in parallel and sub-parallel geologic structures and 17 historical gold mines. Highlight gold values of 3.4g/t in surface soil samples and 6.61 g/t in accessible historical mines have been recorded. Additionally, ground magnetics were completed over 137ha. Further, 27-line-km of IP surveying at 100m and 200m line spacing is nearing completion.

Mapping of the +1500m of working in the Purimac mine is well in progress. The main level has 700m of advances in multiple veins. Shafts and stopes account for another 800m of workings. These workings connect to even older historical mine workings dating back to the year 1751. The Purimac mine contains four shoots of mineralization. Three Shoots have been intensely mined above the main level and are virgin below the main level. The newly discovered Shoot 4 is open above, below, and to the north of the currently advancing drift.

Mapping of historical mines indicates an association with an intense multi-directional quartz vein systems within the Purimac Shear Zone (“PSZ”). The vein mineralization is associated with schists and intrusive rocks that comprise the footwall and hanging wall units.

A Laser 3D model of the Purimac Mine was completed in early 2022, as a laser mapping activity of the active underground Purimac workings. At the time of the laser mine mapping, there were three known shoots of mineralization with stopes and shafts in multiple veins. The result from the 3D mine model gave the geologic model the plunge and dip of the Shoots, therefore the geologic team is able to project the vein system to depth and strike length, thus creating drill targets. Shoot 4 in the Purimac Mine was undiscovered at the time of laser mapping. Additional shoots are expected to be regularly spaced along the strike of the PSZ.

The Purimac mine has at least 1500m of accessible workings. The mine includes three extensively mined high grade mineralized shoots which are open to depth, and one newly discovered Shoot 4 open 250m above, and open to depth, and to the north. The mine is currently testing the north principal front at 400m inside the mountain.

A Long Section of the Purimac Mineralized Shear Zone mine workings was undertaken to show how historical mining has only scratched the surface of the mountain. The long section clearly shows that gold mineralization is open below, above, and to the north within the mountain.

A LIDAR survey (Light Detection and Ranging with 12cm topography accuracy) covering 20-km square was carried out in late 2021 along the strike of the PSZ. Using LIDAR, structural geologic mapping was made from interpretations along with detailed structural mapping of underground exposures. LIDAR is also used for geologic logistics and will be used for drill planning. 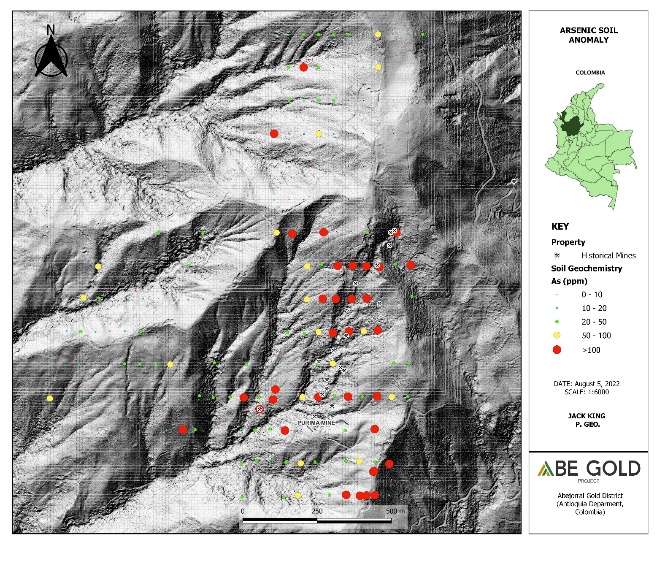 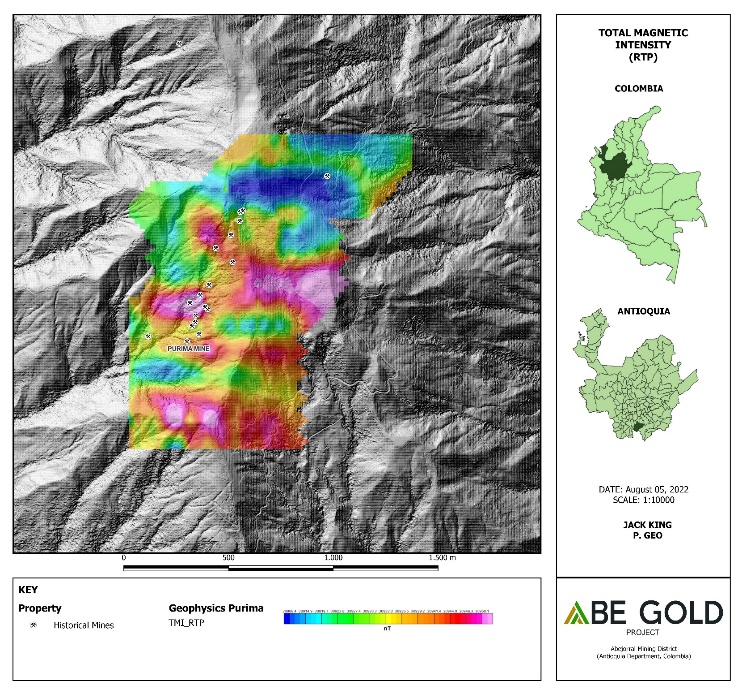 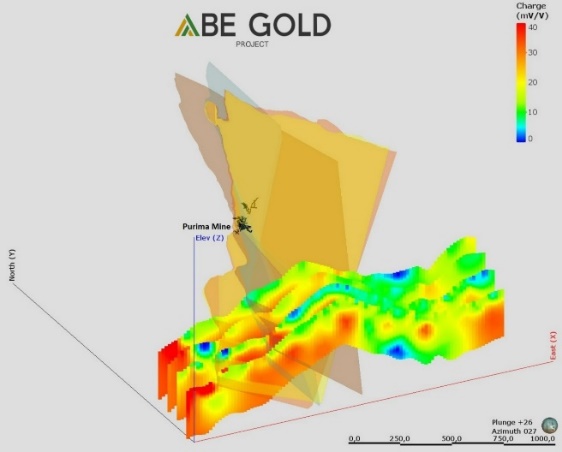 The ABE Gold Project has established good social relationships with local landowners and the community. The project area is accessible by public roads. The project area also is a very safe area to explore and contains excellent infrastructure such as high voltage electricity, hydroelectric stations, good communication, and water. The local mayor and community leaders support our efforts of exploration.